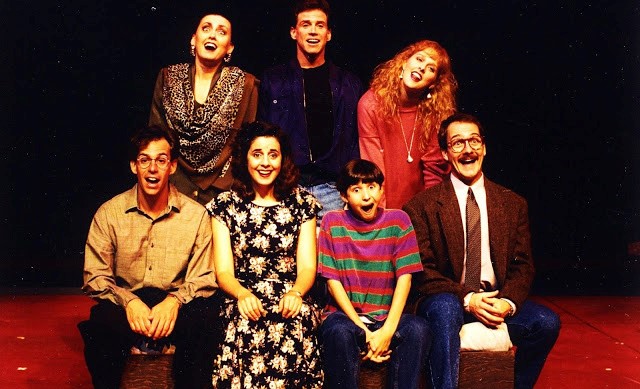 New plays were developed in staged readings, workshops and productions, with all playwrights in residence. The Rep's annual play festival introduced 60+ new scripts, 34 of them going on to premieres at the Rep and production at many U.S. theatre companies, off-Broadway and in feature film.

"The Ghostman superbly balances wild abandon with austere control. Hammond's propulsive drama is a white-knuckle flight...Best of all, you'll see the cream of our actors stretching themselves - obviously galvanized by the opportunity to do new, vital work."
Tannenbaum, Creative Loafing

"Using a simple set, Umberger takes us deep into the mine-like mind of the central character. The Ghostman will repay you with a rare commodity: truth."
Brown, Observer


The Ghostman, Hammond's first play, first appeared in the Rep's new play festival. It then had further development at Sundance Play Institute and Long Wharf Theatre, before returning to the Rep for its world premiere. It's an example of many Rep plays and playwrights with similar journeys. Hammond's work has since been produced at Actor's Theatre of Louisville, Second Stage, Purple Rose and many others. She's received a Drama League Award, NEA and NYFA grants, and a McKnight Fellowship.


SIGNATURE by Beth Henley   (Premiere; for Women in the Arts Festival)

"The ambitious production including video screens, rotating sets, descending flies and special effects all give the effect of great space, and the theatre has never seemed so vast...Yet for all the futuristic trappings, including Henley's snatches of slang, it feels firmly grounded in the present. Homeless people, chicanery in the art world, brain-damaging drugs and toxic spills are very much of our world."
Toppman, Observer

Beth Henley, Pulitzer Prize and Tony Award winner for Crimes of the Heart, was in residence for the premiere of Signature (later published by Dramatists Play Service).

"If, as John Merrick says, art is an imitation of grace, then the lyrical production of The Elephant Man is an imitation of amazing grace....It's a riskily stylized production - its golds, ochers, browns and rusts are the visual correspondents to the mellow hum of Carol Bjorlie's onstage cello... It's a performance filled with disciplined musical rhythms...The company is the age at which one expects a dramatic repertory company to take wing. Under the sure, deliberate direction of Steve Umberger, The Elephant Man proves the company ready for flight... Not a detail's been missed. And by placing The Elephant Man in rep with The Primary English Class, these actors prove they're capable of dazzling shifts of theatrical style."
Rhetts, Observer

"Professional regional theatre does not get much better than this..It is everything theatre should be: utterly entertaining, engaging, absorbing, literate and beautifully observed."
Brown, Observer

"Umberger has directed Uhry's romantic comedy with a keen eye for all the edges and underpinnings - the prejudices of assimilated Jew against immigrant Jew, Gentile against Jew, Confederate versus Yankee, and rich versus poor. The set by Jim Gloster and costumes by Rebecca Cairns support the magic in every way."
Grose, Observer

"Tony Award and Emmy Award nominee (One Day at a Time) Bonnie Franklin's performance is - much to her credit and to the play's benefit - not a starring one but as a member of a superb ensemble of six fine actors. Ayckbourn's play is far too complicated to be called a simple comedy. The happy result is a truly delightful two and a half hours in the theatre. It's loads of fun and has enough of a twist at the end to keep you mulling over the what-ifs long after the final curtain. Umberger's deft hand with physical comedy includes one routine involving three women, a bedsheet and a balcony that stops the show. But he also has sense enough not to sacrifice character for yuks."
Brown, Observer

"It's an unstoppable river of words: trial transcripts, excerpts from books, newspaper articles, snatches of poetry, even an interview. To watch Moises Kaufman's play is to ride that river past sights that seem familiar at first, but turn out to be unexplored. The trip's well worth your time...Nine actors bring a host of characters vividly to life."  Toppman, Observer

"If you happened to see the original off-Broadway production, you can now learn a little secret: Charlotte Rep is doing it better."
Tannenbaum, Creative Loafing


SHAKESPEARE COLLABORATIONS WITH THE CHARLOTTE SYMPHONY
A Midsummer Night's Dream, Romeo and Juliet, The Tempest (complete texts and scores)

"This is unprecedented, the Mother of All Collaborations. The mesh of music and theatre is amazing...There's enough poetry, spoken quite naturally (but) the Rep has made it a fast-paced version that would have delighted groundlings at the Globe...Nothing tops it."
Toppman (theatre) and Smith (music), joint review, A Midsummer Night's Dream

"The sumptuous production is a fantastic amalgam of light, dance, and live symphony music. From atop a  cunning but minimal set, a majestic Prospero commands an uncanny 12-person Ariel, whose delightful choreography makes the spirit seem literally everywhere at once."
Backstage, Woods, The Tempest

ANGELS IN AMERICA by Tony Kushner / Millenium Approaches and Perestroika+

"A gigantic undertaking for the city's cultural community...In Umberger's hands and those of his eight brave actors, the play becomes a liberating comedy of intimate emotions and gargantuan implications...Umberger gets at the secrets of the play because he understands it to be a comedy. He gets under the skins of these characters through his close work with the actors. Designer Joe Gardner, with help from Sandra Gray, gives the play an architectural, gritty and urban feel. Eric Winkenwerder's lights make the ultimate scene a revelation."   Brown, Observer

"Doing the whole work justice is an astounding feat...What the Rep does more consistently and effectively than the Broadway production is let the exuberant comedy and laughter peep through the pain...This, we realize, is what theatre can be - how much it can mean."
Tannenbaum, Creative Loafing

The production, one of Angels' first after its Broadway run, created a cultural debate that is chronicled in the book The World Only Spins Forward.

"Every so often a play comes along that justifies the very existence of theatre. Wit is such a play, one that involves its audience in the drama of a single death while infusing every one of its 100 minutes with urgent life. The Rep has done some good work this season, but in Wit the company saved the best for last. You will not see a gutsier, more open performance this year than that of Rebecca Koon in the central role."
Grose, Observer 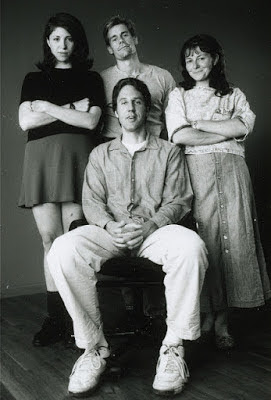 NEW PLAYS DIRECTED AT THE REP (All playwrights in residence) (* premiere + festival)
THE GUY UPSTAIRS by Mark Eisman*+
BENEDICTIONS by Judy Simpson Cook*+
THE GHOSTMAN by Wendy Hammond*+
BOCA by Christopher Kyle*+
THE WIDOW'S BEST FRIEND by Randy Hall*+
THE DEER AND THE ANTELOPE PLAY by Mark Dunn*+
HOME ON THE RANGE by Brooke Hailey Egan
COULD I HAVE THIS DANCE? by Doug Haverty
SIGNATURE by Beth Henley*

Signature and The Deer and the Antelope Play were later published by Dramatists Play Service.

ABOUT THE NEW PLAY FESTIVAL
Literary Manager Claudia Carter Covington (also a resident actor) and Associate Carol Bellamy culled scripts from 350+ national submissions, curating many notable playwrights at key points in their careers. In the week long festival, each play received 16 hours of rehearsal and two staged readings. Minimal production kept the focus on the scripts. 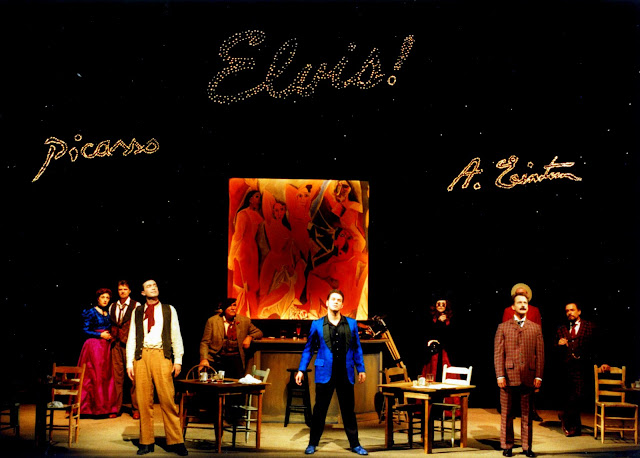 Picasso at the Lapin Agile by Steve Martin


"It's a testament to how sheerly entertaining 95 minutes in a theatre can be - a comic tour of the greatest achievements of the 20th century, when 'the accomplishments of artists and scientists outshone those of politicians and governments."
Charlotte Observer, Picasso at the Lapin Agile